The UK’s decarbonisation plans will create tens of thousands of jobs, but are businesses doing enough to ensure the country builds the skills base the low-carbon economy demands?

For those tasked with trying to encourage more young people to engage with the so-called STEM subjects of science, technology, engineering and maths, the exchange related by Yvonne Baker, chief executive of the National STEM Centre, will have a depressing familiarity.

I talk to students all the time who say they quite liked science, but they feel they are ‘creative’ so they should do a different subject, but I can’t think of anything more creative than trying to solve the world’s biggest challenges. This is a creative area. We will have technologies in the next few years that you just can’t imagine now. – Yvonne Baker

Baker was speaking at the Green Skills for Green Jobs conference in Westminster earlier this week, and her concerns about the popularity of the STEM subjects that are critical to so many green jobs were shared by virtually everyone in attendance. A concerted focus on promoting STEM subjects and increasing the availability of apprenticeships has enjoyed some modest success in recent years, with the most recent figures for this summer showing that the number of students taking A-Levels in Maths, Physics and Chemistry increased by between 3.8 and four per cent, while the number of students doing engineering degrees has inched up in recent years to a recent high of to 30,000 in 2008/09. But these encouraging trends look decidedly anaemic when set against the looming skills challenges the UK faces. 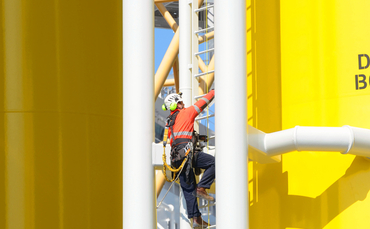 Of course, the narrow nature of the UK’s STEM skills base has long been regarded as a perennial problem – as energy and climate change secretary Ed Davey observed, there was a Royal Commission in the 1880s that said the UK was not producing enough engineers.

But two significant factors are expected to combine in the coming decade that could have major implications for UK plc. First, the age profile of engineers in many key industries is ageing fast. Jean Llewellyn, OBE, chief executive of National Skills Academy for Nuclear, reveals that while the industry currently sees vacancies oversubscribed a major skills challenge is just around the corner.

We are going to have attrition in the coming years, the average age for people in the industry is relatively high. There are a lot of people in the industry over 50, and there are also growing numbers in their 20s as apprenticeship and graduate schemes have expanded. But there are fewer in their 30s and one of the big challenges now is getting the skills from the older generation passed on.

Secondly, demand for engineers, scientists and technicians is set to boom as the UK seeks to deliver on its ambitious green targets. The government’s plans to mobilise $110bn (£67bn) of clean energy investment through to 2020, the goal of generating 20 per cent of our energy from renewables, and the longer term target of slashing emissions 80 per cent by 2050 will all translate into soaring demand for engineering and technical skills. One estimate quoted by Baker predicts the UK will need 100,000 new engineers by 2020, while Germany with its even more ambitious energiewende decarbonisation strategy reckons it will need 300,000 engineers.

Experts agree an inability to meet this inevitable demand will have one of two impacts: low-carbon projects will be delayed or disrupted and costs will increase as developers struggle to find the highly skilled employees they will need, or developers will import skilled staff from overseas, diluting the economic benefits to the UK of the green transition and potentially sparking yet more negative headlines about immigration.

The question for policymakers and businesses is what can be done to tackle the risk of green skills shortages and ensure that sufficient numbers of young people are entering the industry each year.

The first thing to recognise is that there are a significant number of initiatives already underway designed to improve the attractiveness of STEM subjects, increase the number of engineering graduates and highlight the benefits of a career in the green economy. Baker lists Science Learning Centres, the CREST Awards, the Ellen MacArthur Foundation, the Enthuse Awards and the STEM Ambassadors programme – that sends engineers and scientists into schools to promote STEM-related jobs – as just some of the examples of initiatives that are successfully encouraging more young people to pursue STEM subjects.

Meanwhile, both the government and the opposition are committed to increasing the number of technical apprenticeships on offer, many of which are focused on green industries. Ed Davey stressed the government is working with industry through the Sector Skills Council for the Green Economy and had provided “pump priming” funding in areas where targeted action is needed, such as training for renewable heat engineers. Similarly, shadow energy and climate change minister Julie Elliott said the opposition was committed to driving more green skills development, underlining her support for the expansion of technical colleges and corporate partnerships, such as the work undertaken with Nissan in Sunderland to train people to work in its new electric vehicle factory.