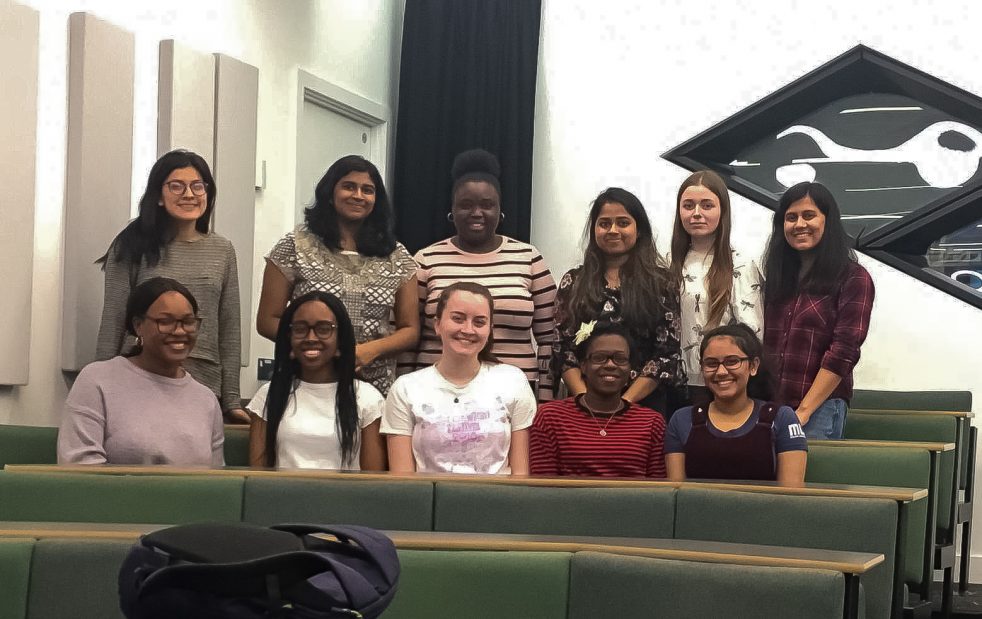 As the government promises to protect funding for costly engineering courses, we look at how to transform the subject’s outdated image

When we ran a live discussion recently on boosting the image of engineering, our panel of experts – together with our readers who posted in the comments section – isolated four key areas for improvement and made suggestions about how to achieve these goals. Here’s a summary of their views.

1) Turning more students on to engineering in the first place

“A big problem is attracting students to do engineering. At school they are taught the sciences and think they know what these are. When I was interviewing UCAS engineering student applicants, they were mainly people who had parents or a relative who was an engineer – very rarely had the school promoted engineering. Since engineering isn’t a subject taught at school, we clearly need to get more engineering “presence” in schools to help the teachers, and some of the bigger companies are good at trying to do this.

“I feel strongly that universities could help by moving to a common first year, allowing students to choose their particular discipline after that. Asking someone to choose electrical engineering or mechanical engineering before they really know what they are seems wrong.”
David Delpy, chief executive, Engineering and Physical Sciences Research Council

“I think it is important to get the richness of engineering represented in the primary and secondary school curriculum and in the media. Engineering is about finding practical solutions to problems that society faces due to climate change, aging population and so on, rather than what is currently a very Brunel-esque representation of it being about bridges and railways in schools and the media.”
Tiina Roose, professor of biological and environmental modelling, University of Southampton

“Most of the general public have no idea what engineering is. Their only contact with something that they think is engineering is when they have someone repair their domestic equipment, and the media adds to this ignorance by talking about engineers clearing trees from railway lines.

“National Grid found that the majority of people asked to name one engineering achievement that had affected their lives were unable to do so.

“Until people are helped to understand that professional engineers are responsible for everything almost that is made (and I realise that this can be good or bad), we will lose our best young people to other subjects and callings.”
Commenter WalterPity

2) Increasing pay and prestige for engineering

“I studied engineering at an English university, graduated successfully and entered the jobs market less than 10 years ago. Having been told when I was at school by organisations such as the EEF and IMechE that there was a shortage of engineers in the UK, I discovered the truth when I started to look for a job: not only were the pay and conditions offered for jobs in engineering significantly inferior compared with those in medicine and law, they were also significantly inferior to those offered to engineering graduates in non-engineering jobs, such as banking.

“I have left the UK and work in Europe, in a country where engineering is respected as a profession on a par with medicine and law not just socially, but also in terms of remuneration.”
Commenter rcp27

“Engineering in the UK is an under-appreciated role in organisations. Those who are to fly the highest and earn the most need to be proficient not in engineering, but in management. Plenty of engineers don’t want to become managers, but want to focus on the technical sides of their work.

“My brother-in-law, a stress engineer for the aerospace industry, has had to move to Germany to avoid progressing into management. He simply can’t earn the rates he knows he is worth in the UK. Other engineers look to Australia or the USA, where pay is substantially better.

“Until we address not just pay for engineers, but the roles they are expected to fill and how they are rewarded as they become more senior and experienced, we will continue to have a brain drain of engineers.”
Commenter TheRealElPolloDiablo

“I’m a chartered engineer – but I would hesitate before recommending engineering as a career to any young people.

“When I started my career, it was understood that for most engineers, the rewards would never be spectacular, but that was the price to pay for a stable career and job security.

“As with many occupations, that has all changed over the last 10 to 15 years. Sadly, most people have to accept volatility and uncertainty in their career path. However, in engineering I believe that there have been few if any compensations. As a career it is still characterised by modest pay and promotional prospects compared with, say, accountancy, together with the age old problem of professional status.
Commenter Belco

“The term engineer should be set aside for a specific level of qualification in a specific area. There are tons of other words which other areas of work can use.

“The reason every phone and air-conditioning installer wants to use the word engineer? It carries some prestige. But that should be hard-earned (probably through the achievement of chartership to an appropriate institution). Sure, the guys who designed the phone and the air-con system are probably engineers. But the others are technicians, fitters, mechanics and skilled labourers. That’s not to suggest any of those occupations are in any way less worthy (it takes all sorts to make the world work), they’re just not engineering.

“If you want to encourage more engineers (men and women) then it needs to be sold as an intellectual profession, not boiler suits and wrenches (which it rarely is). It’s maths, physics and common sense. Things which men and women are equally adept at.”
Commenter munkeyspasm

“In the media we usually see women ‘super performers’, but young women often cannot identify with them. We need to show how societal challenges (ageing, health) are addressed by engineering. We need to bring the richness of engineering out to encourage more women into engineering.

“We need women role models at every career stage, since undergraduate or PhD students do not necessarily identify themselves with professorial women: they need to see a stream of successful undergraduates, postdocs, lecturers and industrialists. It is also important that we present engineers as people with a history and life outside of their work – a diversity of role models is key.

“Once a women has chosen an engineering career, we need to understand how to ensure those with talent progress. This is whereAthena Swan and WiSET awards are crucial, since these deal with academic career paths within institutions. We need to make sure that an “average” woman engineer has the same opportunities as the “average” male engineer. Super performers will be super performers regardless of their gender.”
Tiina Roose

“As an engineer, and academic, and a mother of a four-year-old daughter, I completely agree with you, Tiina Roose. Showing the richness and diversity of engineering and how engineers work to improve quality of life for people is key to attracting more females to engineering as a potential career.

“I think this education needs to be started from as early as reception age: girls disengage with Stem subjects very early and it is very difficult to re-engage them later in their studies. The problem is universities are often limited by budget and time to targeting post-16.”
Commenter Leighfleming

“In Southampton we are actively engaged in school outreach. We have as part of our degree programme a third-year course called Undergraduate Ambassadors, where engineering undergraduates get engaged with local schools and thus directly bring engineering to the classroom.”
Tiina Roose

“The outreach programmes people are talking about here are fantastic. We really feel this is the key. We’re about to start a pilot careers education programme, along with Costain and HS2 among others, in six schools in the Midlands. The key factor is that we have engineers delivering the modules in schools, side by side with the teachers. We’re starting at age 11 because we feel it’s important to plant the possibilities engineering presents at an early age.”
Tony Moloney, head of skills and education, National Grid

“Gaining experience of the workplace is essential for young women and all those aspiring to become engineers. We saw data last week indicating that often the best jobs are taken by those with prior experience of some kind.

“So while we need to create awareness and inspiration at young ages (pre-GCSE) we also need to ensure that opportunities for experience and engagement with companies and engineers are available right through education.
Gordon Mizner, chief executive, Engineering Development Trust

This content is brought to you by Guardian Professional. Looking for your next university role? Browse Guardian jobs for hundreds of the latest academic, administrative and research posts.